Book Review: Infants and Children in the Church: Five Views on Theology and Ministry 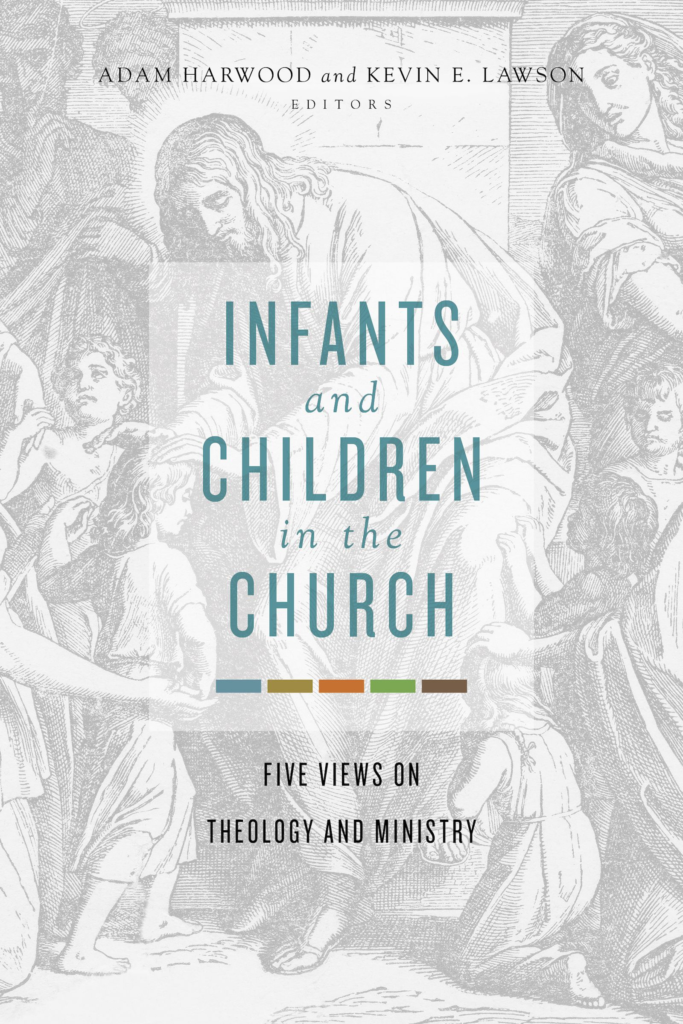 This review was originally published in Criswell Theological Review, Spring 2019: 119–22.

“Jesus loves the little children, all the children of the world.” True, but how are infants impacted by sin and held accountable for it? Do all infants who die go to heaven? How about unbaptized infants who die prematurely? When can infants become church members or should they? Different faith traditions offer a variety of answers to these questions. Some of them might even surprise you. That is why this book provides summations of several perspectives on these issues, including Eastern Orthodox, Roman Catholic, Lutheran, Reformed, and Baptist. In turn, the book will not disappoint readers because they will find points of hearty agreement as well as sharp debate.

The introduction and conclusion are written by co-editor Kevin Lawson, professor of Christian education at Talbot School of Theology and editor of the Christian Education Journal. He sets the historical stage for five views on infants and children in the church and then concludes with some observations on spiritual formation for young ones. Although most of what Lawson writes is uncontroversial, he does provide some helpful insights on ministry for, to, with, and by children (p. 198). In other areas the differences and implications are deep. Theological positions on original sin and infant baptism reveal stark divergences in doctrine and practice. On the surface the first four views have much in common in relation to sacramental views of infant baptism. The Baptist view alone advocates for believer’s baptism by immersion, although the Orthodox Church practices immersion of infants.

Jason Foster, who is a priest of Holy Nativity of Our Lord Orthodox Church in Bossier City, LA, defends the Eastern Orthodox view which relies heavily on the Early Church Fathers and ancient traditions. Infants “inherit the fallen condition as victims and not as perpetrators” (p. 17) and become “peripheral members” (p. 20) of the church when united with Christ in baptism. Baptism is accompanied by rites of naming, exorcism, chrismation, and anointing with the “oil of gladness” (p. 25). The infant is immersed three times in water and “as a member of the church, the living body of Christ, enters the kingdom of God (Jn 3:5) and eternal life” (p. 27). Baptized infants who die prematurely are “received by Christ and granted rest in the place where the just repose: the kingdom of heaven” (p. 29). As for unbaptized infants, Foster states that “the Eastern Fathers stress that they do not suffer the eternal reality of hell. Beyond this, they remain silent” (p. 32).

The next contributor is David Liberto who is professor of historical and dogmatic theology at Notre Dame Seminary in New Orleans. He asserts that the Roman Catholic Church formulates its teaching on the revelation “found in the Holy Scriptures and in the Apostolic Tradition. These two distinct sources of revelation coalesce to provide ‘one sacred deposit of the Word of God’” (p. 48). Liberto explains that due to Adam’s sin and the subsequent fall, “although infants contract original sin, they are innocent of any personal sin” (p. 52). Of the seven sacraments baptism “is the one that is necessary if one is to be bom a child of God” (p. 53) and through baptism infants receive “justifying grace” (p. 55). Baptized infants who die prematurely “have no way of sinning subsequent to baptism” and “would be in a state of grace” (p. 55). Yet, “there is no dogmatic statement of the church that definitively addresses the souls of deceased unbaptized children” (p. 56). In the Catholic Church, the only certain means of forgiveness of original sin is through “the laver of regeneration as found in the sacrament of baptism” (p. 56). As for membership, “a child is incorporated into the church in and through baptism” (p. 61).

The Lutheran contributor is David Scaer who is professor of systematic theology and New Testament at Concordia Theological Seminary, editor of Concordia Theological Journal, and author of Infant Baptism in Nineteenth Century Lutheran Theology (Concordia, 2011). According to the Lutheran view, “in one act, baptism destroys sin, arms against Satan, and gives the new life in Christ to the believer” (p. 81). He states, “Since baptism is the sacrament of regeneration or the new birth in Christ, it is appropriately administered to infants and young children” (p. 83). Both infants and adults “can be redeemed by Christ when called to faith by the Holy Spirit’s work in baptism” (p. 84). The sacrament of baptism “works forgiveness of sins, delivers from death and the Devil, gives eternal salvation, and incorporates the child into the body of Christ” (p. 87). The encounters of Jesus with children in the Synoptic Gospels “were recorded so the reader would have no doubt of children’s inclusion in the church” (pp. 88-89). Baptized children “are received into the presence of Christ to await the resurrection” (p. 93). Assurance of salvation is extended to “children bom within a Christian environment, who through no fault of their own, die before being baptized” (p. 94). The question of the fate of other unbaptized children is left to the “the inscrutable mind of God” (p. 97).

Greg Strawbridge, pastor of All Saints Presbyterian Church in Lancaster, PA, is editor of and contributor to The Case for Covenant Infant Baptism (P & R, 2003). The Reformed view recognizes the value of councils and creeds yet teaches that “the Christian’s final authority is Scripture” (p. 115). Strawbridge explains that this principle of sola Scriptura should not be confused with “some in the Baptist tradition who have said, ‘No creed but Christ’” (pp. 115-16). The Reformed view of infant baptism is founded on “the notion of biblical covenants” (p. 118). The covenantal relation makes children proper subjects of baptism, which is “a sign and seal of the covenant,” and asserts that “this is a rather striking contrast to the views of all my other colleagues” (p. 122). In the Reformed tradition, “Calvinists should not doubt the salvation of their children that are lost in early death” (p. 125). Yet one “can only say with confidence that elect infants who die in infancy will be saved. … I cannot cite any texts in the Bible to prove a universal hope that all children who die in infancy will be saved” (p. 126).

Finally, Adam Harwood is associate professor of theology and editor of the Journal for Baptist Theology and Ministry at New Orleans Baptist Theological Seminary. He represents the “Baptist tradition [which] is less than five centuries old” (p. 156) and with that confession opens himself up to charges that “Baptist faith and practice is based on new understandings of the ancient biblical texts” (p. 184). He affirms that “the greatest distinction between the perspectives of Baptists and those of the other views in this book is regenerate church membership” (pp. 156-57). According to him, “Following Pentecost, the model is simple: people hear the Word of God; some repent and believe in Jesus; then those who do so identify with the death, burial, and resurrection of Christ through water baptism by immersion” (p. 157). As Harwood states, “Baptists only baptize people who make their own confession of faith in Christ—which excludes some individuals, such as infants” (p. 161). He maintains that “Baptists affirm two views of original sin, but one view of infant salvation” (p. 165) and concludes that “all who die in infancy are safe with God in heaven” (p. 166).

The questions raised receive needed attention in this important multiple-views contribution. The first three contributors answered the four questions in the listed order. Strawbridge’s and Harwood’s meandering presentations would have been strengthened by following the script and responding directly to the questions. The five authors invoke history, tradition, church fathers, magisterium, and Scripture as bases for their competing and contradictory interpretations. Ultimately, the issue comes down to authority. The representatives of these views are convinced of the veracity of their positions and seek points of commonality. However, there are serious, divergent views on sin, baptism, and salvation. What takes place in the act of baptism must be determined—eternal life, regeneration, forgiveness of sins, sign of the covenant, or a memorial act. At stake is the nature of justification by faith. This book proves helpful to anyone seeking to understand other expressions of Christianity, whether to find support for their own views or to better understand the views of others. I highly recommend it. This book could also be used for supplementary reading in classes on ecclesiology at the college and graduate levels.